Italian PCL expels internationalists: FIR is out of the party 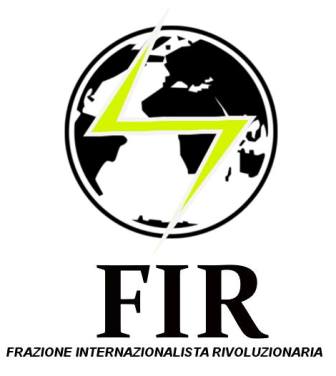 Here you can read an English version of the recent statement about FIR’s expulsion from PCL.

Last 8th and 9th, April, the PCL (Partito Comunista dei Lavoratori, Workers Communist Party) Central Comittee meeting was held: FIR (Frazione Internazionalista Rivoluzionaria, Revolutionary Internationalist Faction) CC members were put in front of an ultimatum: to renounce in building their faction, erasing all of their political agenda points, or being expelled. An ultimatum which was boldly rejected by these comrades.

With an “administrative” method, more similiar to a lawyer’s one, than of a communist militant’s one, the Ferrando-Grisolia leadership group preferred to act on a disciplinary level, in order not to face the political debate which was started by the opposition during and after the Congress. After having tried, with a holy inquisition-like case, two FIR militants (which had been attacked on the same level long before the foundation of the FIR), PCL political secretariat asked the CC to vote a resolution meant to expel the FIR from the party.

We won’t take time on these administrative issues, as we think that the political debate is a lot more important, comparing to undemostrated statements about our alleged affinity with other political group, with the goal of discredit the PCL. We prefer to clarify the political aspects which made our party decide to kick us out.

We were expelled because we criticized the overall strategy, both of the party and of its leading group. In particular about the international policy, about the centrality of the working class in the struggle against the bourgeoisie, and about how to build the party. Three critical elements which everyone, inside and outside the PCL, even Platform A (the majority one) supporters, perceive as crucial in this organization problems’ paradigm. On all of these issues we produced a congressual platform, documents and a balance of the IV Congress, which are public and available for everyone who wants to inform themselves about this debate.

We proposed, for the Central Committee debate, a resolution which commited the party to quickly summon meetings, open to PCL militants, between FT (Fraccion Trotskista, Trotskyist Faction), left USec (United Secretariat of the Fourth International) and PCL leaderships; a resolution which also committed the party to answer to the 2013 FT appeal, named “For a Movement for a Revolutionary Socialist International”: an appeal which calls the “revolutionary left” – CRFI (the ghostly international grouping which PCL joined in 2004) included – to an open dibate, with the goal of the refoundation of an international organization of the working class.

The resolution was rejected by the secretariat, consequently avoiding to put it inside the order of the day, although the CC had already committed itself in May 2016 to answer to that document, and to take steps forward, regarding the relationship with that organization. A further proof of the fact that the arguments which the PCL leadership put forward in these years, about refounding the International, were simply abstract proclamations, with the only purpose of legitimazing their own national isolation, and a consequent national-trotskyism, in front of their own base. A methodology based on diplomatic-epistolary relationships with other national groups, with no consequent internationalist policy, both in theory and practice.

In our opinion, it was foreseeable, since we had already became aware of the real nature of this political group. What we didn’t expect is the manner used by the PCL secretariat to make us know we have been expelled. An ambiguous public statement appeared on PCL website, stating: “comrades form the faction – CC members and a few militants from Naples, Rome and Emilia-Romagna told us that they immediately resign from the leading bodies, and that they go out form the party”, so telling that we voluntarily went out. This statement is absolutely false!

In the first part of the article, they state that the CC had sufficient voting members to hold such kind of vote (expulsion decree), as written in the Statute. Later, they reproduce the resolution voted by the CC, where you can clearly read that the CC proclaims our expulsion in the case we confirm the political structure of the FIR (our internal political agenda in six points, all of them questioned by the leadership), then they write that we have proclaimed our exit. A logical breakdown with the goal of covering the nth act of a bureacracy, scared by the level of dispute and debate which FIR had started inside the party.

FIR CC members, actually, had only resigned from the CC itself, and voted against the resolution put forward by the leadersip, even if the statement on PCL’s website insinuates that they abstained.

If we were going out, we would have done it without roundabout epressions, and without waiting for an expulsion decree. We wanted to pursue a political battle inside the party we contributed, like others and more than others, to build – but it proved impossibile. Our intention was to change PCL into an internationalist party, starting from a (being no more postponable) real commitment towards an international policy. PCL secretariat, proving their non-internationalism, rejected even the mere discussion about our resolution proposal for the Central Committee.

PCL has espelled its young militants, a part of its combative workers, a vanguard group which built the CSR (Coordinamento Studentesco Rivoluzionario, Students Revolutionary Coordinating Committee) with mobilizations, initiatives, meetings, all of them crucial in order to build a revolutionary tendency among the youth. A group which put the centrality of militant politics within the goal of building the party. PCL has expelled his youth.

FIR launched its online newspaper – an essential tool if you want to organize the exploited, and for the ideological struggle against the bourgeoisie – already online (www.lavocedellelotte.it), and by now is already making efforts to build concrete national and international policies.

This is why in Naples, Rome, Bologna, Parma, Cesena, Rimini, Milan we will go out of the PCL with our heads held high, working hard to test how good our positions are in the daily political struggle, in exploited and oppressed’ struggles. 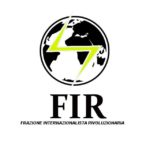 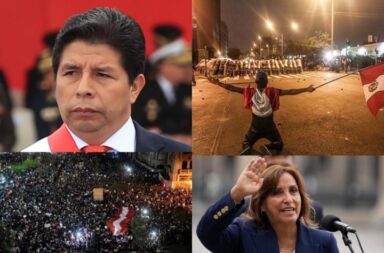 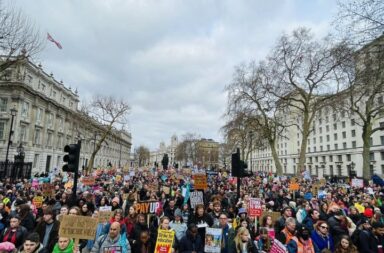 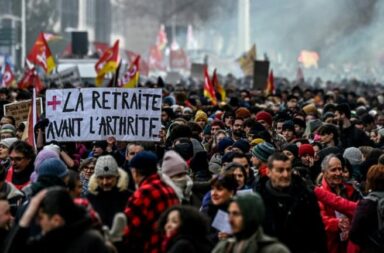