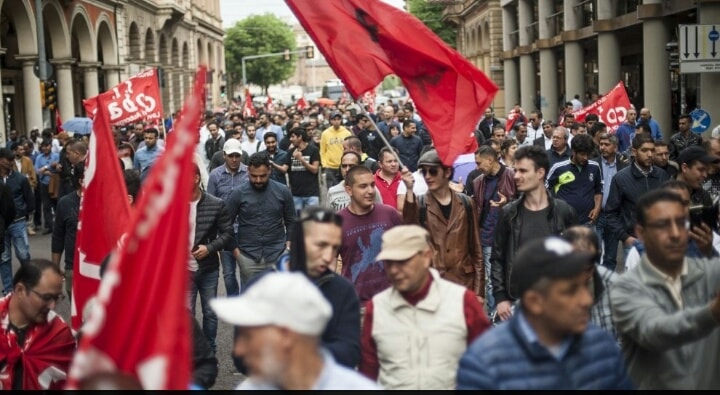 Here we publish the English translation, made by SI Cobas, of the official report following last July, 8th national meeting for the construction of an Anticapitalist Front in Italy.

Sunday 8th of July, a meeting on a national level was held in Bologna on the initiative of the base union SI Cobas.

The purpose of the meeting was to put forward an agenda aiming to create a unitary perspective of anti-capitalist struggle – against the reactionary offensive that right now is in progress – to start a concrete work of propaganda, agitation and common action.

The upcoming assembly is in continuity with the organization of the demonstration held in Rome on February the 24th this year.

The demonstration in Rome on February 24 2018 was launched on a national level by SI Cobas in the middle of the electoral campaign of the last political elections, in order to draw attention to the conditions of the daily exploitation and oppression of workers, unemployed and migrants. A condition that in recent years has worsened thanks to the counter-reforms on the labour market, the school- and pension system as well as the repressive and racist measures launched by the right-wing and center-left governments without distinction.

This mobilisation aimed to unmask the hypocrisy of all the candidates in the elections, and to highlight that the means to improve the conditions of the proletarians is not by the vote but by struggle.

Approximately 10,000 people took part in the demonstration, mostly workers in the logistical sector, unemployed and occupants from the housing movement.

The comrades of the Movement for the right to housing in Rome – even if they could not take part in the assembly because of the eviction of more than 100 refugees from the occupation of via Scorticabove – announced their adhesion to the call for convocation.

– launches campaigns on the most burning issues of the current phase; the fight against racist policies of the government against immigrants and migrants, against the repression by the state and the bosses as well as the struggle for the right to housing.

On these issues, it becomes a priority to reconcile a clear and shared point of view.

The meeting has expressed and begun to articulate the collective ambition to work for the construction of this broad, unitary and clearly visible front, capable of opposing itself as a class – as a political, economic, social and valuable alternative to the capitalist attack which today finds its expression in the Lega-5 Star movement government – and to do so outside of any sectarian and identitarian logic, also in the specificity and autonomy of intervention.

An anti-capitalist front – strongly characterized in an anti-imperialist and internationalist sense – which produces a class critique of the structural crisis of the capitalist mode of production (such as beyond the modest and asymmetrical rising of this process) and the crisis of the international capitalist order born with the second World War.

A crisis so profound that it is sharpening the inter-capitalist contradictions in a disruptive way, bringing out a new but defined tendency towards more aggressive nationalism, the “sovereignism” interpreted by Trump and by various movements and parties in Europe, and today by the government in Italy.

These new contradictions between hegemonic interests, of which customs duties represent only the tip of the iceberg, reinforce the tendency towards war, opening new scenarios in the possible distortion of the poles of capitalist aggregation but, in the chaotic explosion of the class enemy’s contradictions, also opening new spaces for a powerful recovery of the struggle movement against exploitation on an international level.
Within this reasoning, the substantial critique emerged to every form of “sovereignism”, of chauvinistic nationalism, to be contrasted with the intensification of the effort to increase and widen the international relations between sectors of the proletariat and between organisms and movements of struggle, organizing common initiatives of struggle. Precisely on this issue, a comrade of the Transnational Social Strike Platform intervened, who invited SI Cobas to take part in a European meeting that is going to be held in Stockholm on November 23-24 “against the logistics of exploitation”.

An important attempt to create connections on a continental scale between the experiences of struggle and conflictual syndicalism, which will see the active participation of numerous delegations from all over Europe.

The national assembly of 8 July in Bologna decides to promote, define and build together with any other political, trade union and territorial subject we want to move in
this perspective, a mobilization as wide as possible:
– Against the precariousness of life and work for millions of proletarians – and above all against the working law Jobs Act, against which it is possible to win, as demonstrated by the struggles of the porters in the logistics.
– Against the restructuring processes implemented by capitalism to guarantee a new phase of survival through the progressive expulsion of substantial sectors of the class. From the production process and the increasingly organic integration of robotization (a process still embryonic in Italy, but which poses questioning also from a cultural and value point of view on the relationship between man and machine and the increasing gap between the so-called &quot;progress&quot; and the interests of the subordinated classes).
– In defense of the workplace and the stability of working relationships against political layoffs (for example the workers at FCA that were dismissed from their working place.
The five dismissed Pomigliano comrades were present at the meeting in Bologna and shared with us an effective intervention at the assembly) as well against mass layoffs, against the perverse mechanism of super-exploitation of contracts, subcontracts, fake cooperatives, and in defense of an average wage guaranteed for the unemployed.
It assumes in a shared manner, as a strategic element for a coherent political and trade union struggle, the general reduction of working time and equal pay. A qualifying point not only as an element of immediate union vertenziality (which occurred in some logistics struggles), but also as a pivotal element of an alternative perspective to that of citizenship income, however articulated, able to favor the recomposition and the autonomy of a class that today is increasingly fragmented and lacking in autonomy.
It supports the next initiatives of struggle and strikes of basic and conflictual syndicalism, with a view to the construction of a real general strike for the autumn and further on – as desired by SI Cobas in its intervention – to give life to the struggles of committees that in the workplace are able to unite all the combative workers on the basis of common fighting practices and slogans clearly classist, beyond the union membership.It decides to oppose a current governmental united front towards state racism, that has taken over and radicalized the policies against migrants, asylum seekers and the immigrants of the previous center-left governments.

It denounces the tampering maneuvers and the imperialist projects of Italy and of the European Union on dependent countries, starting with those in Africa and the Middle East, where wars, poverty and misery are created and fomented, and from which millions of men and women of the southern hemisphere are forced to flee their survival and to conquer a dignified minimum living conditions.

It denounces the Lega/5Stelle government&#39;s security campaign, both as an instrument for the criminalization of migrants and any form of opposition that moves outside of an economic and political compatibility plan, both as judicial and police repression as an organic element of class domination, and it denounces at the same time the intensified militarism of the Italian state and the EU.
It decides to engage against any gender discrimination in the territories and in any workplace.
Within the platform we hope to construct a united class front and a mobilization in the end of September/mid-October; local initiatives on the streets in diverse cities, or in a unique national moment. This day will also launch and call for the general strike at the end of October.
Each territorial reality will build initiatives in order to expand the mobilisation in relation to specific struggles regarding the defence of work/precariousness/layoffs, and the defence of occupations and the right to housing of migrants and struggle against repression.
We would like to point out and invite you to take part in the following appointments, enriched by specific themes:
– The camp No Tav in Val di Susa 26/29 July
– Messina No Muos 1/3 August
The realities that took part in the meeting and share the intentions contained in this document are committed to participate in an assembly that will be held on the 4th of August in Rome, in order to define the themes in detail, the initiatives and to set up a calendar of struggle for this autumn.
07/12/2018 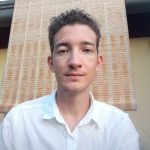 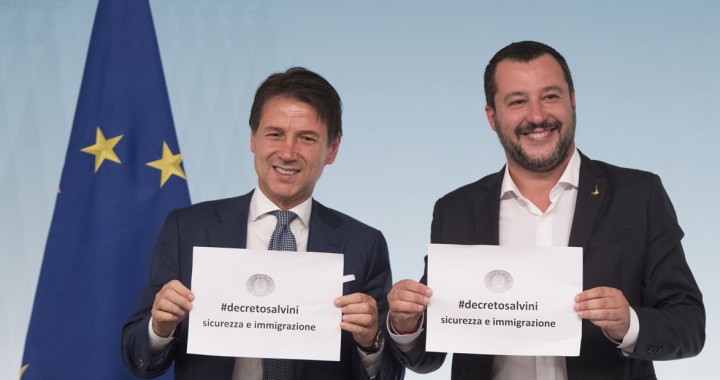 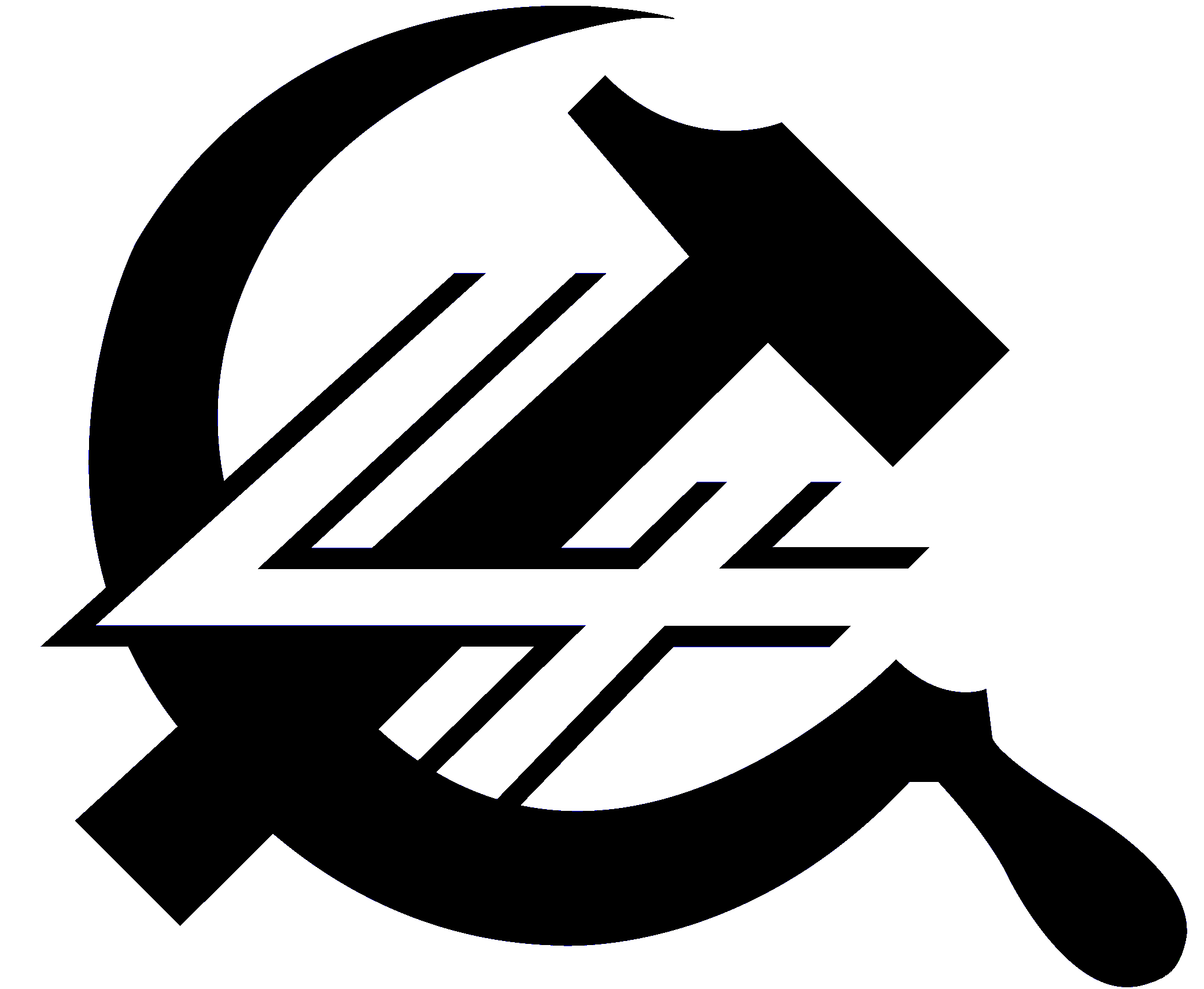 Open letter to the Trotskyist Fraction 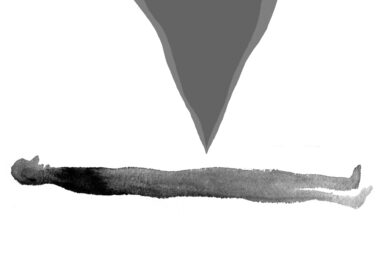